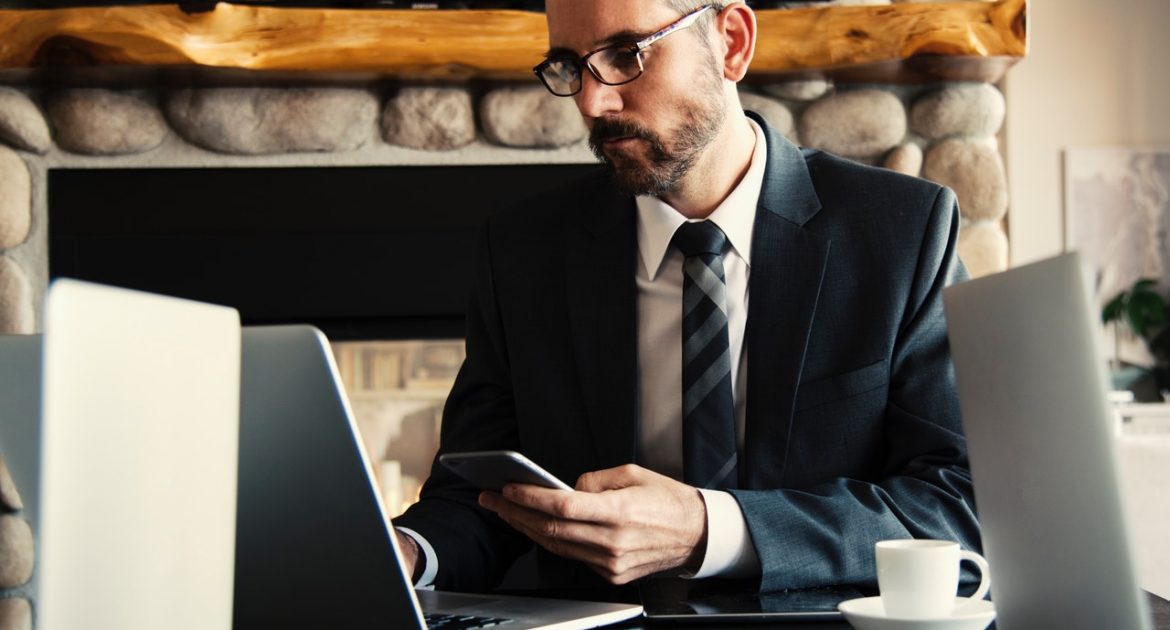 Science has proved, no kidding around: Picking health insurance is extremely hard.

It’s open enrollment — time to pick next year’s insurance — for folks who buy it on their own and for many of us in our jobs. Lots of us aren’t sure we know how to pick, and research shows: We’re not wrong.

A group of economists found that most people will not make the best choice among the plans in front of them.

And it’s not just average people who have trouble. One of the economists who did that research — George Loewenstein of Carnegie-Mellon University — told me he was personally dreading the process of helping his adult son pick a plan.

“I have no confidence that I’m going to make the right decision,” he said.

Most of us, Loewenstein and his colleagues found, have two main problems: We don’t understand all the terms, and we have a hard time doing the math.

The good news is, you can avoid some of the worst mistakes. That can mean saving thousands, or even tens of thousands of dollars.

Here’s what you’re aiming for.

You’ve seen the stats, like how most bankruptcies involve medical debt, and you’ve seen the horror stories, like the guy whose first month of dialysis threatened to stick him with a half-million-dollar bill.

The goal in my family is simple: Avoid disaster.

That may mean paying a little more every month. A health insurance payment — the monthly premium — is very annoying for most of us, especially since we often still have to shell out to see a doctor, even with insurance.

But getting that monthly payment as close to zero as possible? Probably not your best move. Not if it puts you at risk of a horror story you could avoid.

So: Be very careful with plans that don’t comply with Obamacare rules. They’re sometimes marketed as “Trumpcare” — which is not actually a thing — and although they do tend to have lower premiums, they could leave you vulnerable in unexpected ways.

Just ask the woman in Philadelphia who had her foot amputated. Her insurance plan’s response: “Nope! Not covered.”

Quick: What’s a deductible? What’s a copay? What is coinsurance? What does out-of-network mean? What does OPX stand for?

And those are just the basics. If you’ve got them down cold, you can skip to the next section, but otherwise here’s a quick rundown:

The deductible is how much you shell out before your insurance covers much of anything. The amount can be absurdly high. If your plan has a $7,000 deductible, ask yourself, “Where would I get hold of seven grand?” Copay is how much you pay for an office visit with a doctor. Usually a flat amount: $20 or $30 … or more. Coinsurance is your share of other medical expenses — stuff that can get pricey, like a hospital stay. Usually expressed as a percentage: 10%, 20%, etc. (Of course, serious medical stuff gets so expensive super quickly, so 10% of a LOT is … a lot.) The network is the set of providers — doctors, hospitals, clinics — that accept your insurance. Anybody who doesn’t take your insurance may be able to charge you … whatever they want. OPX stands for out-of-pocket maximum, and it’s a key number: It puts a cap on how much you could pay (beyond your premium) in a given year.

If you could use more detail, here are some resources:

Smart and well-organized: The great reporter Sarah Kliff, formerly of Vox now with the New York Times, offers the most confusing words in your health insurance forms, explained. Longer, more fun, also great: “An Arm and a Leg” podcast listener Anna Jo Beck sent in a self-published booklet that does a great job explaining the basics and more. Friendly, thoughtful, and sprinkled with lovingly captioned pictures of stuff like toddlers, kittens and newlyweds — which Beck describes as “moments of cute, heartwarming distraction to keep you from totally wanting to give up hope.” Less warm and fuzzy, but very straightforward: This Health Insurance 101 post from Reddit’s personal-finance community.

Do The Math And The Research

For the math, you’re going to want to make a spreadsheet. Maybe open yourself a beer first.

To evaluate an insurance plan, you’re solving for two things:

1. What does this plan cost me in a normal year?

If you’re superhealthy, maybe that means you don’t go to the doctor at all. If you’ve got some conditions that mean you know you’ll need a provider, or you’re going to need access to meds, figure out what those copays and coinsurance fees might add up to.

2. How much might this plan protect me — and how much would I still have to pay — if, God forbid, I got hit by a bus or something?

That’s really what insurance is for, and you want to know the answer to this one. It’s usually the same as the answer to “What’s my out-of-pocket maximum?” — assuming you’ve done the research.

The research? This is where you study the network.

This step is especially important if there are things you know you will — or could — need next year: Might you or your partner get pregnant? Have you reached the age where docs say you should get a colonoscopy? Is there a funny rash you’re starting to worry about?

You get the idea.

If so, definitely make sure you’re OK with whichever providers are in the network for a given plan.

Because remember that key term, “out-of-pocket maximum”? Well, in a lot of plans — including everything on the Obamacare exchanges — this threshold applies only for in-network providers.

With out-of-network providers, not only are they free to charge whatever they want, your insurance is not there to put any limits on what you might have to pay.

For details about making your spreadsheet: Check out this first-person account by Zachary Tracer, the health care editor at Business Insider — which is illustrated with a photo of him working his spreadsheet, beer close at hand.

About the research: It’s not easy, especially if you’re going to the hospital for something like surgery or childbirth. A reporter from Bloomberg who writes about health care recently posted to Twitter asking for advice.

Get Help, The Best You Can Find

Here’s why my economist source was dreading this process. Getting to the bottom line taxes the average person’s spreadsheet mojo.

I thought I could figure it out on my own. When I said that to Lynn Quincy, who runs the nonprofit Health Care Value Hub, she laughed.

Of course, the answer was: Looking pretty sad.

For instance, here’s part of an actual quote my insurance agent sent this fall: $200 IP $150 OP

I was, like: What do IP and OP even stand for? Just getting the answer to that required a couple of tries-and-misses with Google on my part — and I report on this stuff full time. (Answer: “inpatient” and “outpatient.” But even now that I’ve got that answer … how could those numbers affect my bottom line?)

There are automated services that can help — basically, databases that do the math for you — but we don’t all have access to them. Some employers offer this kind of thing as a benefit.

Check with your HR department, and if it’s an option, jump on it. And if it isn’t, well: Ask your HR folks all the best questions you can. And ask if they’ll consider adding a service like that next year.

In some states, the Obamacare exchanges offer a similar service, developed by a nonprofit called Consumers Checkbook. Here’s the list of states where that’s available.

For the rest of us, here’s a place to find actual human beings near you whose job it is to explain this stuff. Note that you’ll find two types of folks listed:

“Assisters,” who can help you navigate the Obamacare marketplace or see if you qualify for programs like Medicaid. They’re obligated to be on your side, paid by government grants. “Agents/brokers” can also help you navigate … but they’re generally paid by insurance companies. And not all states require them to act in your best interest.

OK, there it is — and, of course, it’s not entirely pretty.

Just remember: It’s not just you.

And this: This is not an SAT question. There’s no one right answer.

Especially: It’s not realistic ― and probably not a good idea ― to shoot for a game plan where you end next year having spent the absolute least amount of money possible on health care and insurance. Life is kind of a crapshoot that way.

But with a little patience ― and maybe a stiff drink ― you can reduce the risk that you’ll go broke. And that’s worth doing.

Dan Weissmann is the host of “An Arm and a Leg,” a podcast about the cost of health care, now in its third season. It is co-produced by Kaiser Health News.

'Tis the season for heart disease? 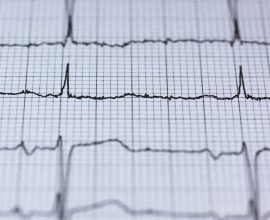 NewsUSA – Heart disease remains the number-one killer in the United States. There is no shortage of patients...
Jan 06, 2020  /  1 comments 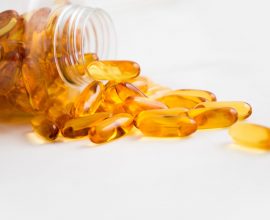 Prevention is the Best Cure for Heart Disease 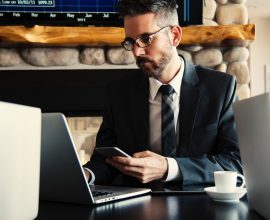 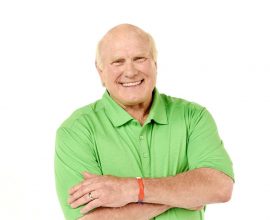